Bengaluru: “The Construction Equipment industry can hope to expect a 40% increase in sales in the near future, as the Government is pumping huge amounts of investment in road and other infrastructure projects such as the development of waterways, airports, ports, and smart cities. But the private sector should focus on bringing down the cost of construction and pollution,” said Shri. Nitin Jairam Gadkari, Minister for Road Transport & Highways, and Micro, Small and Medium Enterprises, Government of India.

Delivering his inaugural address at CII’s EXCON 2019, the 10th edition of South Asia’s largest construction equipment trade fair, here today, Mr Gadkari said that the Prime Minister’s vision is to make India a USD 5 trillion economy. To achieve this goal, the government is embarking on major infrastructure and industrial projects worth Rs 100 lakh crores. “For the road sector alone, the Centre is investing Rs 2 lakh crores this year. The amount of investment for the next year will increase to Rs 3 lakh crores. Within the next five years, the total government spend on the road infrastructure will be about Rs 17 lakh crores,” he said.

The Minister urged the part the private players in the construction industry to focus on mechanization, adoption of advanced technologies and global best practices, usage of LNG and bio-fuels, and innovations in using waste materials as raw materials for their construction projects in order to reduce the cost of construction, and pollution.

Participating as the Guest of Honor, Shri. B. S. Yediyurappa, Chief Minister of Karnataka, said that Karnataka is an emerging hub for construction equipment, component outsourcing base and design base. The State presents huge business opportunities for the construction industry, as it is embarking on major infrastructure development projects in roads & flyovers, industrial infrastructure and power.

Mr Vikram S Kirloskar, President, CII, in his address, said that the cost of doing business in India is set to come down as the government is keen on rebooting the infrastructure in roads, ports, railways, waterways by fast-tracking infrastructure projects. The construction equipment industry can face the tough market situation prevailing now by focusing on being ready for Industry 4.0 and reinventing itself.

In his address, Mr Chandrajit Banerjee, Director General, CII, said that EXCON has attained world class success thanks to its concerted efforts to be a platform for the promotion of innovation and sustainability in the construction equipment sector. “EXCON is recognized as the largest exhibition and the top most B2B event in the country. This year, with the focus on AI, and IoT, it is set to transform the construction sector,” he remarked.

Proposing a vote of thanks, Mr Sandeep Singh, President, ICEMA & Vice Chairman, CII Karnataka, said that reducing the cost of construction is possible when the usage of equipment is maximized. For that to happen, the government needs to ensure the flow of funds to the infrastructure projects.

The inaugural session celebrated women in infrastructure by introducing, Women Building India- Equal Opportunity Awards and recognized companies from the Infrastructure sector who have taken proactive steps to enable women to participate in the workforce. The esteemed winners announced were;

A report titled “Women in Infrastructure” was released during the inaugural ceremony. The report uncovers the current status of women participation in the sector and best practices that can enable the sector to include more women as it continues to develop.

The inaugural session also witnessed the signing a MoU between the Education Department (Higher) of Government of Karnataka and Confederation of Indian Industry (CII) on Industry Institute Connect. The MOU will focus on creating a taskforce of Government and CII on facilitation of skilling and teaching content in the construction equipment sector.

After 1 More Successful Webinar On 27th Nov,2019 We are Doing Another Webinar 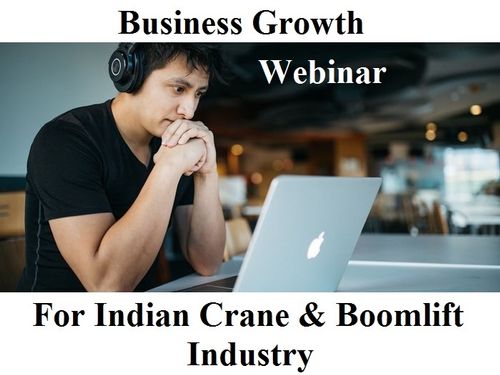